In Western Europe, farmers who transport bales in a trailer without lateral protection can get high fines. Considering how rapidly western standards become normative for other countries, one should bear in mind that similar regulation may become even more common. Therefore Pronar has started producing this year a bale trailer which would not only ensure the load safety but also minimise the loading time.

The standard version of the PRONAR T028ML trailer has a load platform with a length of 12 m. Thus it is one of the longest bale trailers available on the European market. As demanded by the Danish market, it platform is lengthened additionally to 12.5 m. The longer version was showcased at the summer fair Roskilde Dyrskue 2017 (Denmark) for the first time.
The greatest enhancement made to T028ML is the possibility to install hydraulically raised and lowered side walls – as additional equipment. This solution has already been employed in the models of PRONAR trailers with shorter load platform and lower carrying capacity. It reduces the loading time substantially as compared to the conventional fixing with transport straps. Further, hydraulically raised side walls provide better protection for the load than transport straps. 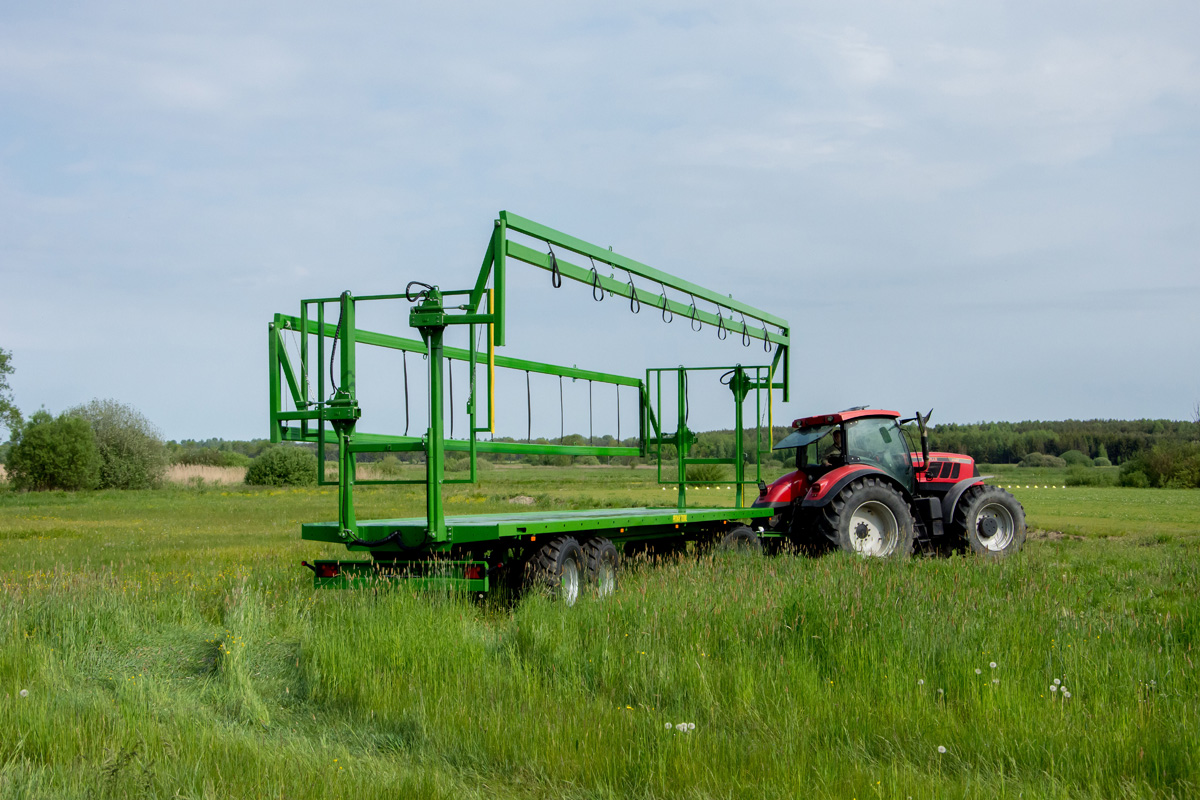 The trailer with a 12.5 m load platform is designed for transporting straw cubes to incinerating plants, which heat considerable number of Danish cities and towns. A protective mesh set prevents littering the areas and roads along which the trailer is dragged. It ensures road cleanliness and safety for other road users. The superb mesh structure enables the operator to open the load without leaving the tractor, which enhances work comfort.
The huge capacity of the trailer PRONAR T028ML combined with the possibility to perform unloading on both sides at the same time (raising each wall by switching the hydraulic valve lever) make it very useful at a farm. With such overall dimensions (the length of the longer variant: 14600 mm), the trailer may transport 20 cubes with a average length of 2.5 m. The cube size is enforced by the enormous balers that dominate farms in western Europe.
Taking into account the suggestions received from representatives of service companies at many trade-related events, Pronar introduced the lengthened variant of the trailer T028ML, to improve the efficiency both in the agricultural and services industries.
Pronar also manufactures other models of bale trailers: T022, T022M, T023, T023M, T024, T024M, T025, T025M, T025KM, T026, T026M, T026KM and T028KM. 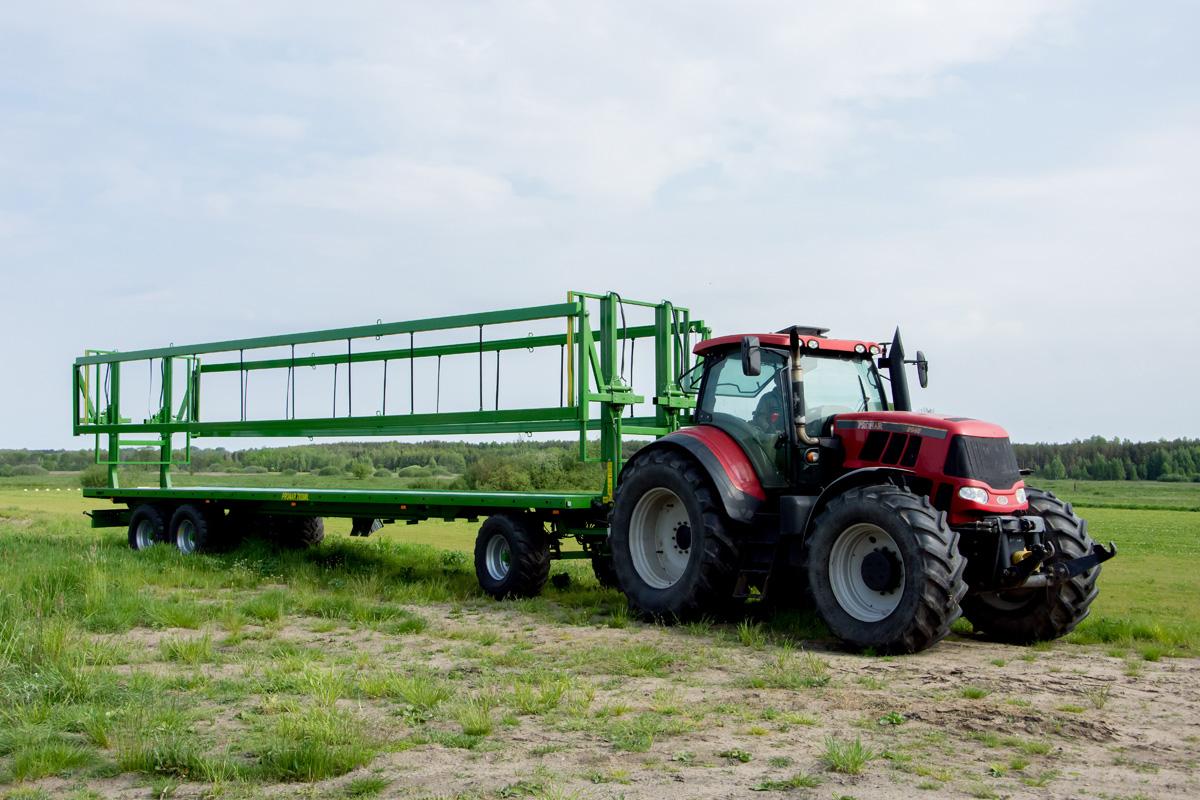