A strong vice leader of the german trailer market

Confidence in Pronar trailers is increasing in Germany. According to data from the Federal Office for Road Traffic, our company was once again ranked second in terms of the number of new trailers registered in 2020. Thus, the company has overtaken many local producers who have a longer market stage. Trust for the brand itself has increased as well, the number of registered trailers has augmented approximatively by 6,5 percent in comparison with last year. Among 74 countries, Germany is the greater importer of Pronar’s equipment.

Łukasz Leśniak, Pronar’s Deputy Export Director highlights that : The increase in confidence in our brand makes us proud since it was achieved despite all the difficulties and limitations related to the pandemic situation. Last year we have strengthen our position in the German market but also we have demonstrated that Pronar is a reliable partner for dealers and farmers in the west of our border. Especially because Germany is one of the main  but also most challenging markets for trailer manufacturers., the winner is not only our price, but above all the quality, the level of after-sales service and the availability of parts. 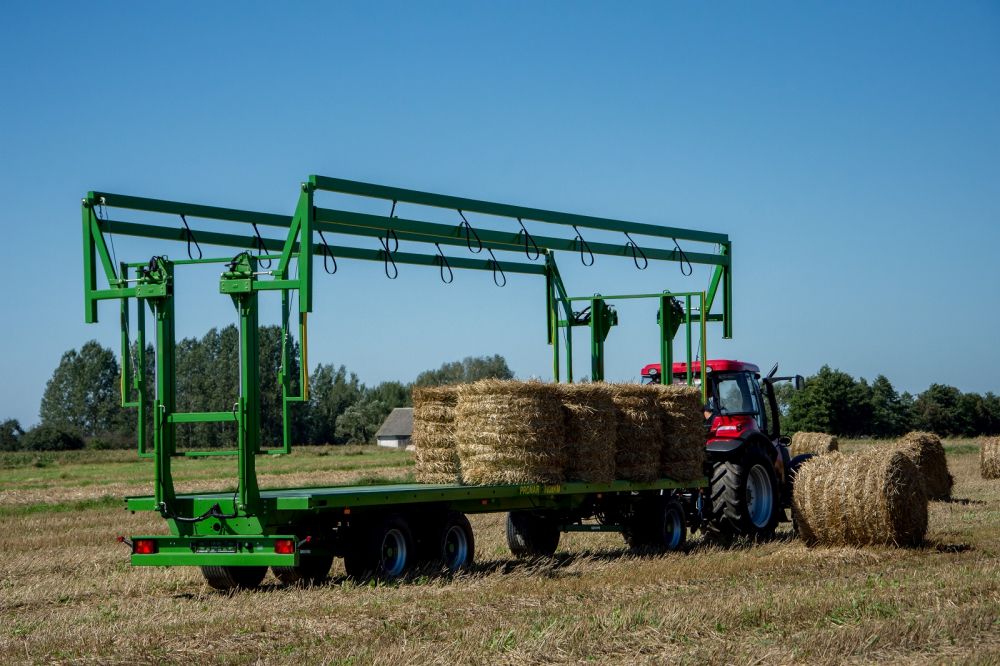 Since more than ten years Pronar had been establishing his position on the German trailers market by always adapting his offer to farm’s specificities which can be diversified according to the land. For instance, in the border region of Brandenburg, farmers need larger machines than in Bavaria, there come also the issues of obtaining homologation and selecting the accurate accessories. This led for example to the introduction of hydraulic load securing on bale platforms.

Moreover, bale platforms are one of the most popular trailers groups chosen by farmers between the Oder and the Rhine. They are usually supplied with the T026 (13.5t) and T025 (9t) models, also in versions with reinforced floors and wood stanchions marked with the additional letters M and K. The smaller sister models T023 (11.3 t) and T022 (7.3 t) are almost similarly popular. The T680The is the most prevalent sidewall model, a two-axle trailer with a capacity of charge of more than 13 tonnes, which, thanks to the standard extensions (800 + 600 mm), can carry more than 17 m3 of material.  The trailer is available in different versions, such as with exchangeable seals (U), a portal box for Euro pallets transportation (P) and a hydraulically raised side wall (H). Among the monocoque models, the most popular are the T669,  T669/1 (14 t) and the T679 (12 t) with various tipping options.

The current German market offer is counting more than 130 items and is systematically increasing in hook-lift trailers offer. The 12 tonne T185 is at the top of the list, and was replaced last year by a modernised T185/1 version. Its successor has already a hook with automatic container protection, a possibility of hydraulic container locking and a sprung suspension that can be equipped with an automatic brake force regulator. Another last year’s innovation was the fourth Pronar trailer for animal transport; the single-axle, eight-tonne T046H with hydraulically lowered chassis.

Among the latest’s propositions on the trailers market, we should also mention the modernised agricultural double-axle T672. Designated as T672eco, this almost six-tonne trailer has been fitted with a drawbar with overrun brake and a central wall locking mechanism. The tipping point spacing has also been amplified, which reduces the risk of collision between the upper frame and the tyres when unloading and allows to use wider tyres. This year, the first models of the T900XL will also be launched. To date they are Pronar’s most capacious trailers, which in addition to its impressive capacity (nearly 60 m3) will also be able to work as a spreader (after attaching a special adapter).